“I can do pursue my studies and my dream at the same time!”

Willemijn van der Zwaard (22) was already combining top-class sport with her studies in Animal Management before the third year. “As a member of the national cheerleading team, the Frisian Cheer Stars, I often participate in competitions across the border. The highlight of the year is the World Cup in the United States. It is great that VHL University of Applied Sciences (VHL) gives me the support I need via a top-sport contract. This way I can pursue my studies and my dream at the same time!”

Basis
“I started with artistic gymnastics when I was about five years old”, says Willemijn. “I subsequently switched to acrobatics. I did this at a high level quite early on, and participated in Dutch championships and international competitions. These sports are a crucial basis for becoming a good cheerleader: you should be able to jump and do somersaults, you have to be able to safely catch your partners – who you throw in the air - and at the same time you need to be able to stand gracefully on the floor. Indeed, it is and remains a jury sport. For the fourth year in succession, I have been part of the Frisian Cheer Stars, the National All Girl Cheerleading team in the Netherlands.”

Training
“I have two fantastic trainers who are ready to support us at every training session. We are a team of 23 girls, and we are often on the road, here in the Netherlands and abroad. This requires a lot of training; we train three times a week in Heerenveen and we have a training weekend every other week. The focus is on the difficulty level of the stunts and everything has to be synchronous and graceful. We have five stunt groups on the floor, and we build towers, throw girls, do somersaults and do transitions. Because it is a team sport, you soon learn that the team comes first rather than you as an individual.”

Comeback
“Unfortunately, I had to miss a few years due to serious injuries; I broke both ankles at one point. After my rehabilitation, we became Dutch champions in 2017. This meant that we were allowed to represent the Netherlands at the World Cup. This was great of course, but my highlight was definitely the personal comeback! This year FCS will compete for the World Cup in the United States for the fourth consecutive year in a row. I could only dream of this as a young girl. It is a great experience every single time!”

Animal management studies
“I am in the third year of my Animal Management studies, with the major Animal & Society and the minor International Business and Resource Management. Before I went to study at VHL, I travelled the world for two years and lived and worked in different places, including Zimbabwe, Australia and New Zealand. Today, I combine top-class sport with full-time studies. I also work at Dier & Recht (a law firm for animal welfare issues), I am chairwoman of Green Office Leeuwarden and of course I also have my family, friends and two dogs. This requires good planning and discipline, but it is also a lot of fun. Because I only do what makes me really happy!”

Top-class sport scheme
“Because cheerleading has yet to be recognised by NOC * NSF as a sport, I have a different arrangement to that of regular top-class athletes. I received a top-sport declaration from the Dutch cheerleading association. This recognises me as an athlete from FCS and as a cheerleader from the Netherlands. This arrangement allowed me to enter into a top-class sport contract with VHL; it is great to have this back-up! My sporting goals? My goal is to win the European Championship and be in the ‘top 5’ at the World Cup! In terms of my career, I do not want to work with animals but for animals in the future. I believe that you can do the most for animals by adapting legislation at the legal level, which can prevent a great many welfare problems.” 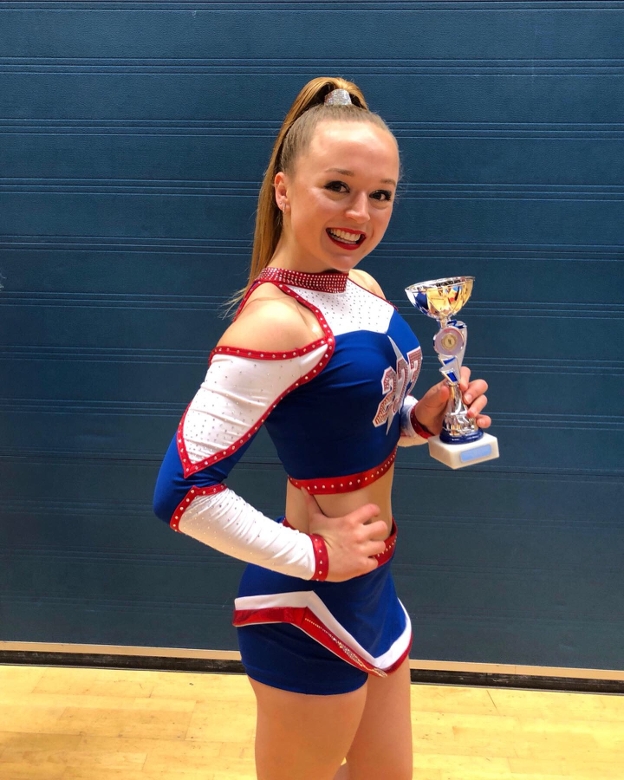 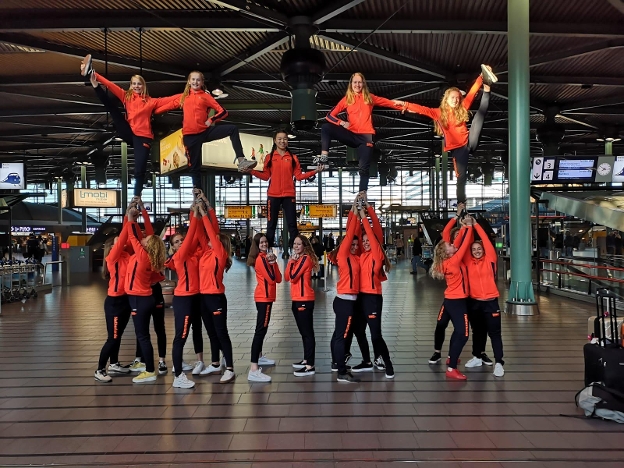 In transit with the Dutch team 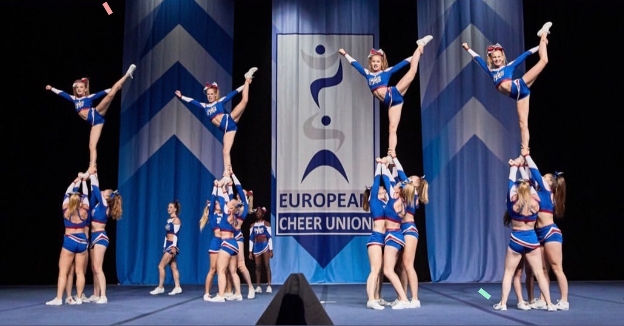 Van Hall Larenstein treats its customers' information with the utmost care and will never make this information available to third parties. Read more about us Privacy and Cookie Policy

Van Hall Larenstein treats its customers' information with the utmost care and will never make this information available to third parties. Read more about us Privacy and Cookie Policy